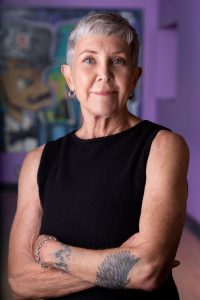 Angie Bunch is the founder of Culture Shock Dance Troupes, Inc., and a founding member of the Culture Shock International Foundation. Widely considered a Hip Hop pioneer, Bunch formed Culture Shock in 1993, gathering a group of Hip Hop street dancers to develop and perform intricate choreography combining the best of the raw, urban forms of dance burgeoning onto the scene. The world-renowned company, whose headquarters remain in San Diego, has outposts in Los Angeles, Oakland, Las Vegas, Chicago, Atlanta, and Washington D.C., as well as Ottawa and Toronto, Canada.

Bunch began her 35-year professional dance career focused primarily on Jazz and Musical Theatre. After performing in many musicals with San Diego Musical Theatre Production Company at the historic Starlight Bowl and Civic Theatre, Bunch joined various casts at Disneyland and Walt Disney World. She then became a Nike-sponsored Dance Athlete, a job that took her all over the world to present dance and fitness dance programs. In addition to her work with Culture Shock Dance Troupes, Bunch taught Jazz and Hip Hop at San Diego Mesa College and at Culture Shock Dance Center, which she co-owned, until its closure in December 2020 due to the Covid-19 pandemic.

She created numerous dance fitness videos and is featured in the book FEARLESS WOMEN: Midlife Portraits, written by Nancy Alspaugh and Marilyn Kentz. The most exciting thing to date has been the creation of various original theatrical productions: Christopher: FOR THE LOVE was a tribute to dancer Christopher Braswell; Graffiti Life, written by Graff Writer and Pose2FX; and Culture Shock’s pop-culture interpretation of The Nutcracker. 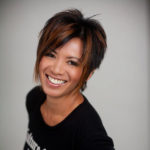 Liz is a professionally trained graphic designer who has worked in the industry for over 20 years and is a member of the San Diego Chapter of AIGA (American Institute of Graphic Artists). She has worked in large corporate art departments, an award-winning design firm and, in 2001, opened her own studio.

In the Spring of 2008, Liz took her passion for design and launched an urban apparel line. Liz also served on the board of directors for Culture Shock San Diego and as a BVA (Business Volunteer for the Arts) member with the San Diego Performing Arts League (SDPAL). In 2009, Liz was honored with a SDPAL’s Star Award for her volunteer service with Culture Shock San Diego. 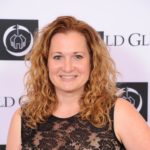 Keely Tidrow is the Associate Director of Development of Major Gifts at The Old Globe, a regional theatre that produces and presents inspiring works that makes theatre matter to more people. 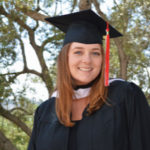 Jessica is a recent college graduate who studied Communication and Global Business Leadership at the College of Saint Benedict in St. Joseph, Minnesota. Throughout her college career, Jessica had many hands-on experiences that focused on bringing the classroom to life, creating a new marketing strategy for the college’s alumni association among them. She also co-wrote a weekly fashion column for the school newspaper. Her two fields of study emphasized the importance of analytical thinking being paired with creative thinking to form unique solutions.

She spent 4 months studying abroad in South Africa with 31 of her classmates where they attended Nelson Mandela University in Port Elizabeth. She also participated in community service work in a township school where she worked with 4th graders to help improve their English comprehension with the Masinyusane Development Organization. Additionally, she was able to travel throughout the country while learning about its complex history and embracing the beautiful culture.

From a childhood of attending theatre performances at the Civic Center, to watching her mother produce shows at SeaWorld, to a college career centered on community growth, Jessica has developed a strong passion for fostering the arts in the San Diego community. 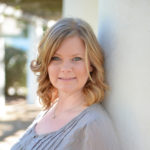 Lawrenn is an educator at heart. Currently the Revenue Cycle Trainer for Rady Children’s Hospital, she has extensive expertise in instructional and program design and implementation. A fourth-generation San Diegan, Lawrenn is a firm believer in community involvement and is excited to partner with Culture Shock Dance Troupe to educate, empower and enrich the lives of San Diego’s youth. 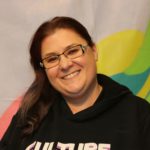 Allison has worked in education for the last twenty years, all at the high school level. She currently teaches Special Education for students with mental health needs. “Working with children, I see the need for extracurricular, artistic, and athletic activities which is why both of my children participate in dance. It is because of their involvement with the Culture Shock Organization that I joined the board to help grow the organization and spread their message to as many dancers as possible.” 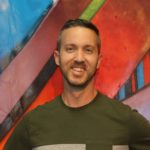 Joshua is Director of Client Services for Calpine Energy Solutions and is an experienced, senior leader in climate resiliency and clean energy. He has a demonstrated history of working in industry, government affairs & financial services, sales, and policy professions. Josh is Board President of Build it Green, a non-profit focused on greening the built environment, and serves as Vice Chair of Cleantech San Diego.

Cari joined the Culture Shock Dance Troupe Board of Directors the summer of 2021.  She is a Human Resources Manager with WD-40 Company and values making things better than they are today.  Prior to her role in HR, she held leadership positions in entertainment and brand marketing.  She holds an undergraduate degree in Psychology from California State University, San Marcos, and a certificate in Human Resource Management.

A San Diego native, Cari is passionate about making a positive impact in the lives of others and is inspired to contribute to Culture Shock’s mission to utilize dance to cultivate education, entertainment, and empowerment to inspire positive change in the communities we serve.

Cari’s breadth of relevant skills and experience add to the Board’s capabilities. 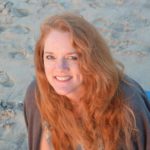 Becky is a native San Diegan who grew up in Ocean Beach. She worked at SeaWorld San Diego for 29 and a half years. A majority of her years were in the Entertainment Department as a Show Producer and this is where she first collaborated with Culture Shock San Diego. She currently works full-time as a Clinical Analyst at Sharp HealthCare. Raising 3 kids of her own, Becky has a passion for youth in the arts and excited about her work with Culture Shock. 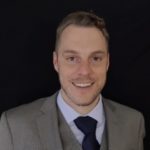 Justin Canty is the Vice President of Education and Engagement at San Diego Natural History Museum where he provides leadership and creative vision for the development and delivery of education, public programs, exhibitions, volunteer programs, and community partnerships.

Justin previously danced and taught youth breaking at Rhythm Dance Studio in Santa Barbara, CA, and is ecstatic to serve as a Board member for Culture Shock San Diego to promote the powerful impact of dance and build community awareness of Culture Shock’s work

Apply to become a Culture Shock Board Member!